A Test on Abuse 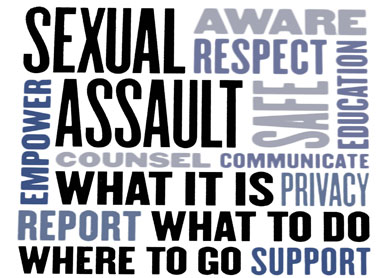 It’s hard to admit it, but maybe teachers are on to something with midterm exams. Sure, many sleepless nights, empty coffee cups and gnawed pencils are often needed to pull off a good grade, but the test does serve a purpose. It gives you an idea of where you’re at in the class.

November is when students write final exams, but we challenge you to test yourself anyway. Since the 25th of November is also when the 16 Days of Activism for No Violence Against Women and Children campaign begins, it’s the perfect time to check the status of your relationship. For those not in a relationship, look at the criteria below and see if you’ve experienced any of these with a past relationship or maybe even with a friend.

If you find yourself mentally checking some of these behaviours, know that we’re here to talk about it with you.

If so, you may be in an emotionally abusive relationship.

Has your partner ever?

If so, you may be in a physically abusive relationship.

Would you say your partner:

If so, you may be in a sexually abusive relationship.

Please do read more of our articles and learn your rights and how to remove yourself from an abusive relationship.  Speak up and stand up against violence!

0
« Healthy Relationships
Different Types of Abuse »
WAR ON SOCIAL MEDIA
SHARE WAR WITH A FRIEND
Do you have a friend who'd be interested to see what WAR is doing in South Africa to make a difference?